I completed the Brighton Marathon on Sunday the 15th of April in 4 hours 55 minutes and 38 seconds. I ran the whole way, no walking, no stopping. The pain was bearable, you know it will stop and go away. Some pain is not so easy to deal with.

I ran to raise money for the Oasis project in memory of Sue Verheyden who will have missed out on 15 years of life next summer. I feel the Oasis project could have offered Sue the support and help she needed at a point in her life when things were not going well. I also know it is a charity she would have fully supported, Sue was a massive supporter of charities that support people suffering with issues caused by substance abuse.

This is Sue’s story. In March 2003 Sue went to ask for help with her alcohol abuse. Sue’s mental health went into decline as she started to train as a Clinical Psychologist after completing her near perfect PhD. Sue lived in London at the time and she reached out to the NHS mental health services, the health care/support she recieved was poor. Sue did not recieve the support she needed and as a result she ended up comitting sucide on the 05/06/2003 while under the care of the NHS mental health services at the Wittington hospital. I feel that if Sue had access to a service like the Oasis project this may not have happend and she would have carried on with her amazing life.

Sue was a gentle, kind and highly motivated person. Failure was not an option for her. Sue got all A grades in her O levels (Now called GCSEs). She got all As in her four A Levels. She attended Cambridge university and obtained a 2:1 in History. History (and Cambridge University) were not for Sue so she moved to Sussex University (Brighton) to study a conversion Masters in Experimental Psychology.  After this Sue went on to do a PhD at UCL in Experimental Psychology that focused on the long term effects of substance abuse.

Both Sue and I used to run (often together) as it gave us a good dose of non-chemical endorphins. So In Sue’s memory I ran the Brighton Marathon to raise money and awareness of the Oasis project a place that would have helped Sue and who I know Sue would have supported and thought was amazing. I am also going to do another (alternative) type of marathon and not drink any alcohol while training for the marathon. For each week that I am successful in sobriety I will donate £23 (Sue was born on 20/3) of the money I would waste on alcohol to the Oasis project.

Suicide and accidental poisoning (usually drugs or alcohol) are the biggest killers of the under 45 age group. Both these causes of death are rising in those who are gender assigned at birth female. Many failing to seek help. Local Charities like the Oasis project offer valuable support to people in crisis. They are there instantly for people who need them which can be so valuble when NHS waiting list can often be too long to get people the valuable help they need. They are not part of the NHS so rely on charitable donations and volunteers to do the amazing work they do.

Please give anything you can in support of this amazing project. Sue did 6 months volunteering in a centre in Birmingham that did similar work and I would love to reach the target I set in her memory.

Why not start your own fundraiser? It's so easy to get involved... 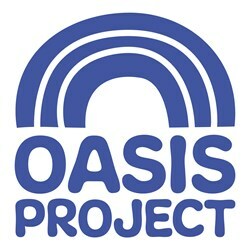 What We Do Oasis Project is a substance misuse service for women in Brighton & Hove and East Sussex. We also provide services for children who have been affected by familial substance misuse. Operating for over 20 years, our charity exists to support and empower women who have difficulties with ... Read More

Also fundraising for this cause

Start fundraising
Rembering: Dr Suzanne Louise(Ph.D. In Psycho - Pharmacol). AKA; Sue, Soooo, Sou, Suz, Dr Sue and Muppet (Sue’s words).
I completed the Brighton Marathon on Sunday the 15th of April in 4 hours 55 minutes and 38 seconds. I ran the whole way, no walking, no stopping. The pain was bearable, you know it will stop and go aw

You are fundraising as part of team:
Continue
Close
Confirm

You are about to remove the message and all replies. Do you want to proceed?